In 2018, Si2Partners together with ClickSoftware talked to 41 service professionals who attended 7 round tables at two leading Copperberg After Market conferences. We thought you would be interested to see their observations and top tips for managing change associated with the implementation of Service Management Systems. Here are 30 snippets from these conversations:

Nick Frank is a Managing partner at Si2Partners and can be contacted at nick.frank@Si2partners.com 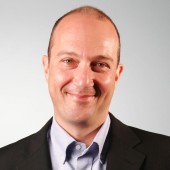 What OEMs get wrong in Asset Management

What real people say about digitization and technology disruption?